Forced draft air is handled by this 240V Fasco centrifugal fan. RPM: 2600, Amps: .4, Diameter: 100mm. Getting the fuel/air mixture correct results in a surprisingly clean & clear exhaust stack emission for which the turk also needs to be up to temperature.
The pic shows a purple "shutter" that rotates across the air inlet, held by spring pressure under the screw.., however this has not currently being used in favor of a butterfly valve employed to calibrate air/fuel ratio and to arrest heat from rising and effecting the fan motor/windings after plant shutdown . 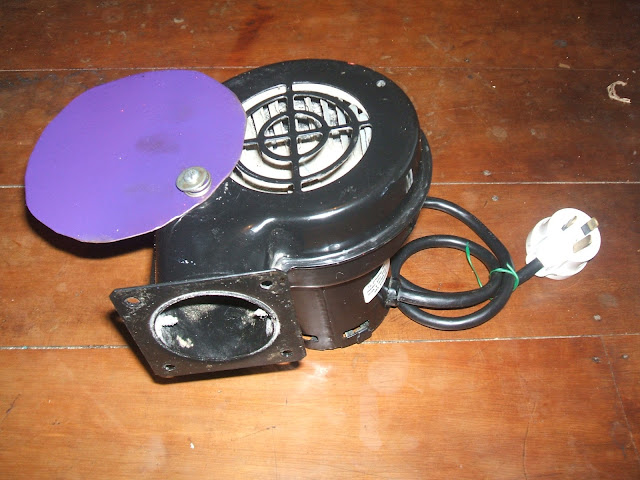 29 Nov 2013. The latest turk burner revision has the fan mounted blowing vertically downward.
Turk burner head prototype. This revision is to better address the controllability of the diesel/oil firing. Four fuel injectors are connected to an injector pump so precise control can be achieved. It is double skinned so turk radiant heat is captured and fed through the turk firebox. The swirl direction is clockwise in both the pre-heat and burn chambers. 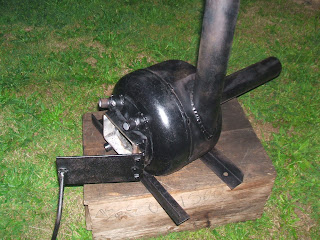 There is also a door for initial starting of the fire. In testing it made a fantastic "howling" sound. 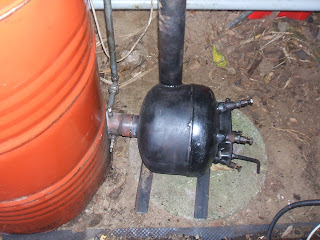 Turk burner in position. Note the injector nozzles arranged in a radial pattern. 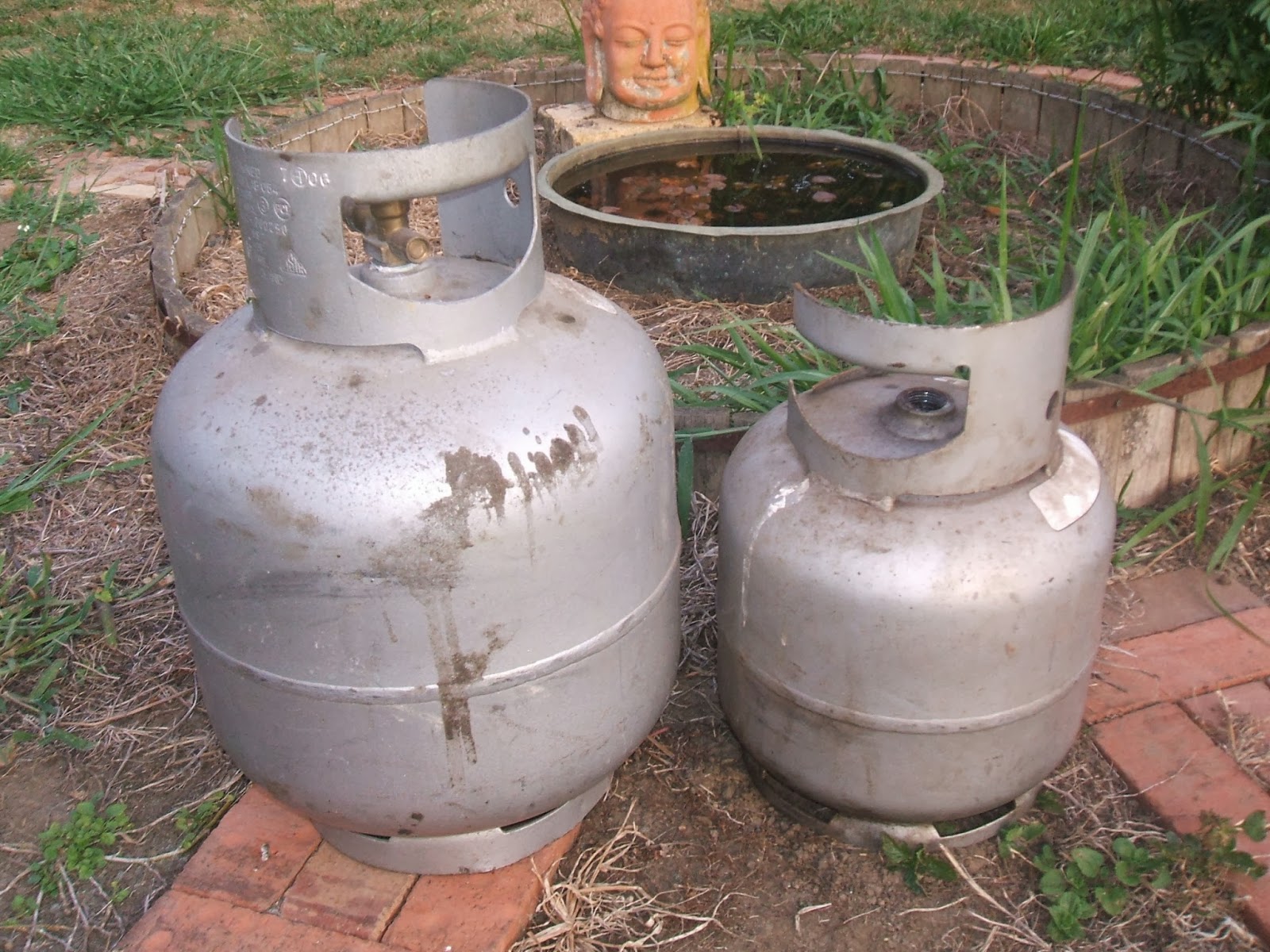 The turk burner is made from two LPG cylinder just like these. One is inserted inside the other.
The larger of the two is cut on the edge of the weld join. These are spigotted so re-attaching is made easy. It was shortened to suit the smaller cylinder length. 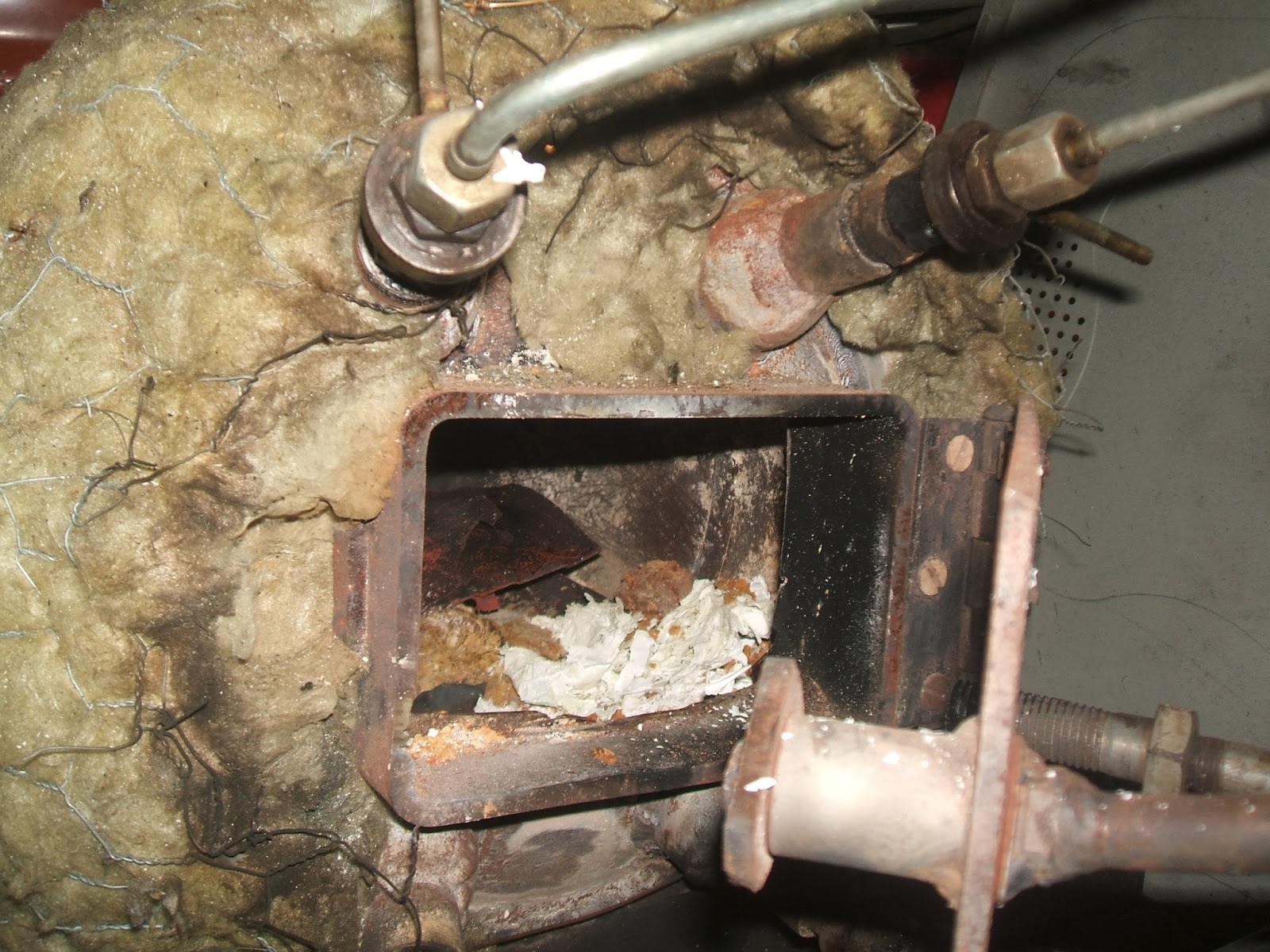 Looking into the firebox 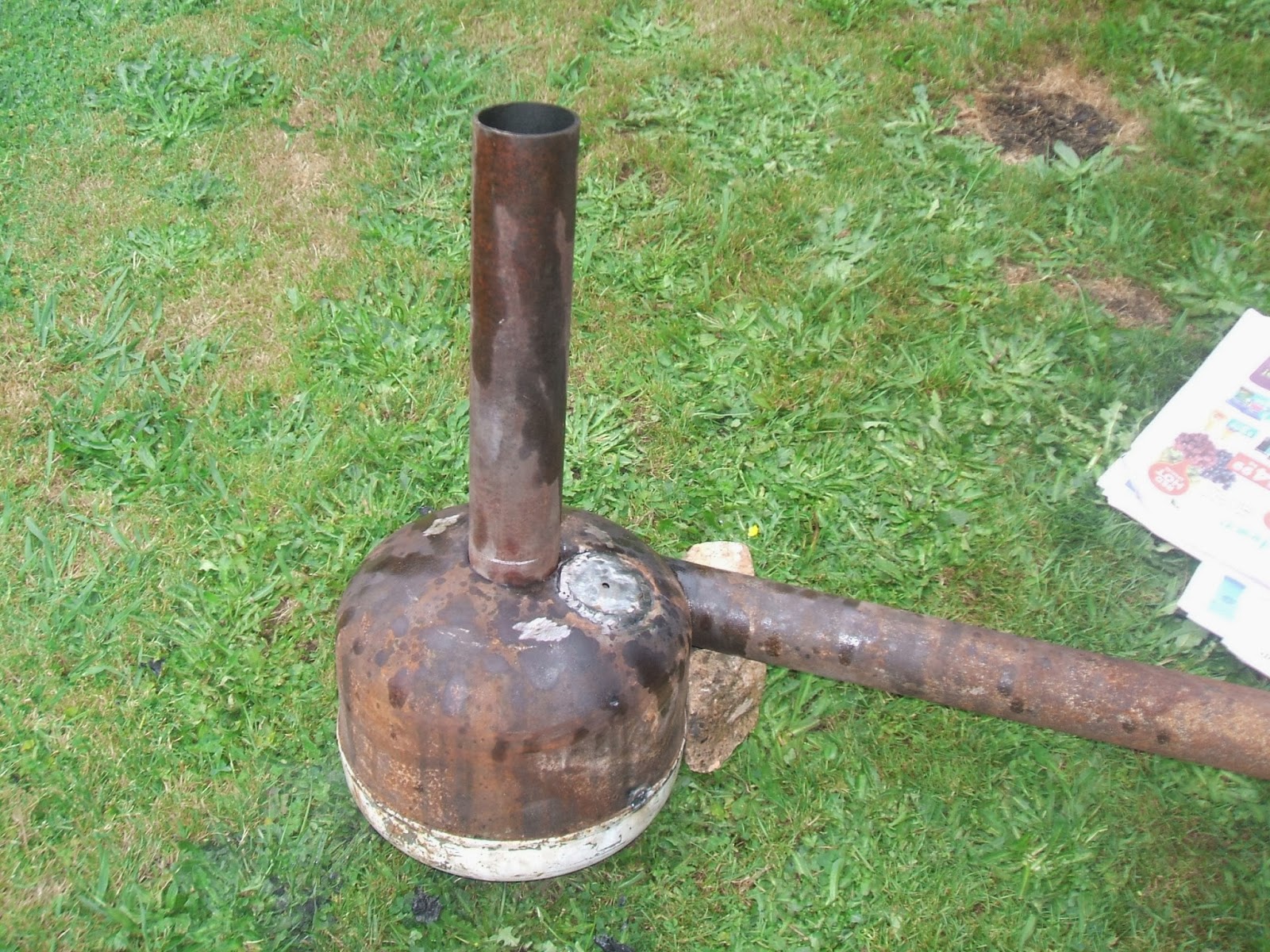 Early testing of the concept 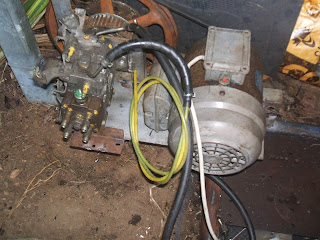 Injector pump for fueling the turk burner head
28Mar2014﻿
The latest revision has excess retort gases fed through a port in the turk burner head door. This has been the most stable setup so far with the firebox capable of glowing red hot. It ran for a couple of hours continuous just on gases. Flame traps were employed in the gas feed with some thought given to their placement and likely operating temperature. A flame trap works by cooling the flame to a point where it can no longer survive.
1April2014
There is now a schematic of the turk burner head on a new page titled "Orion Schematic Diagram Library".
﻿
Energy required to convert crude oil to fuels in industrial plants, mid '90's study:
Conventional atmospheric and vacuum crude distillation units require about 100,000 BTUs (British Thermal Units)of furnace energy per barrel processed. Since a barrel of oil contains about 6,200,000 BTU's, the required furnace energy amounts to about 1.6 percent of the processed oil. One oil barrel= 42 US gallons, which is about 159 liters or 35 imperial gallons.

So, 100,000 BTU or 29.3Kw per 159 liter barrel.. It is not currently known exactly how much the Orion plant uses for its' energy requirement though I'd guess at a few percent.


Solenoid 230v 28w 32m stroke 5kg pull should be more than enough power for the task of opening the fuel rack on the injector pump. 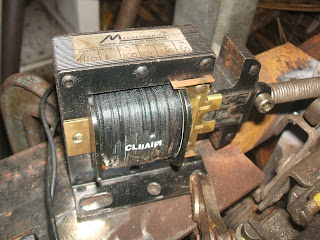 This is the latest iteration. The last of a long list of experimental ways of controlling temperature. 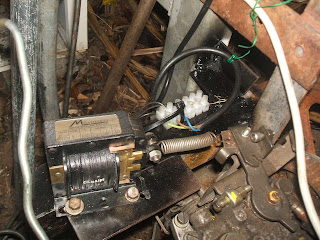 Solenoid is controlled by a temperature controller which monitors the retort temperature via thermocouple signal. 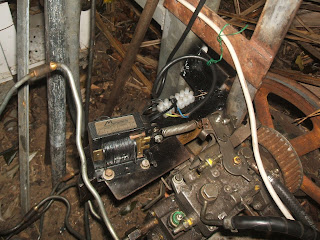 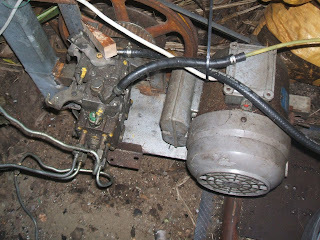 Earlier photo before solenoid was mounted. 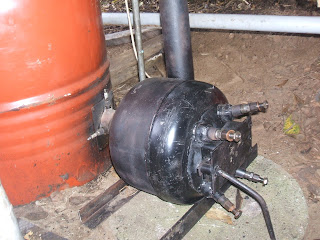