Specific gravity is well worth checking and one simple method is to accurately weigh EXACTLY one liter. (remember to subtract the weight of the vessel!).

Suitable SG figures for diesel are 820grams ~ 850grams. Consideration for the target SG should be given to climatic conditions. Freezing temperature would dictate SG at the low end of the scale while tropical would be at the other, as a general rule.

An even simpler way to test diesel is use a hydrometer. Typically hydrometers are made to measure within a fairly tight span so care should be taken to choose a suitable one for the task. Check Ebay for listings for .800 ~ .900SG range or search "diesel hydrometer". Prices vary widely, from $10 ~ $120++ so take your time. Testing is ideally done at 20°C or as the hydrometer maker recommends. A hydrometer for testing battery acid is well out of range for diesel and other hydrocarbon based fuels. 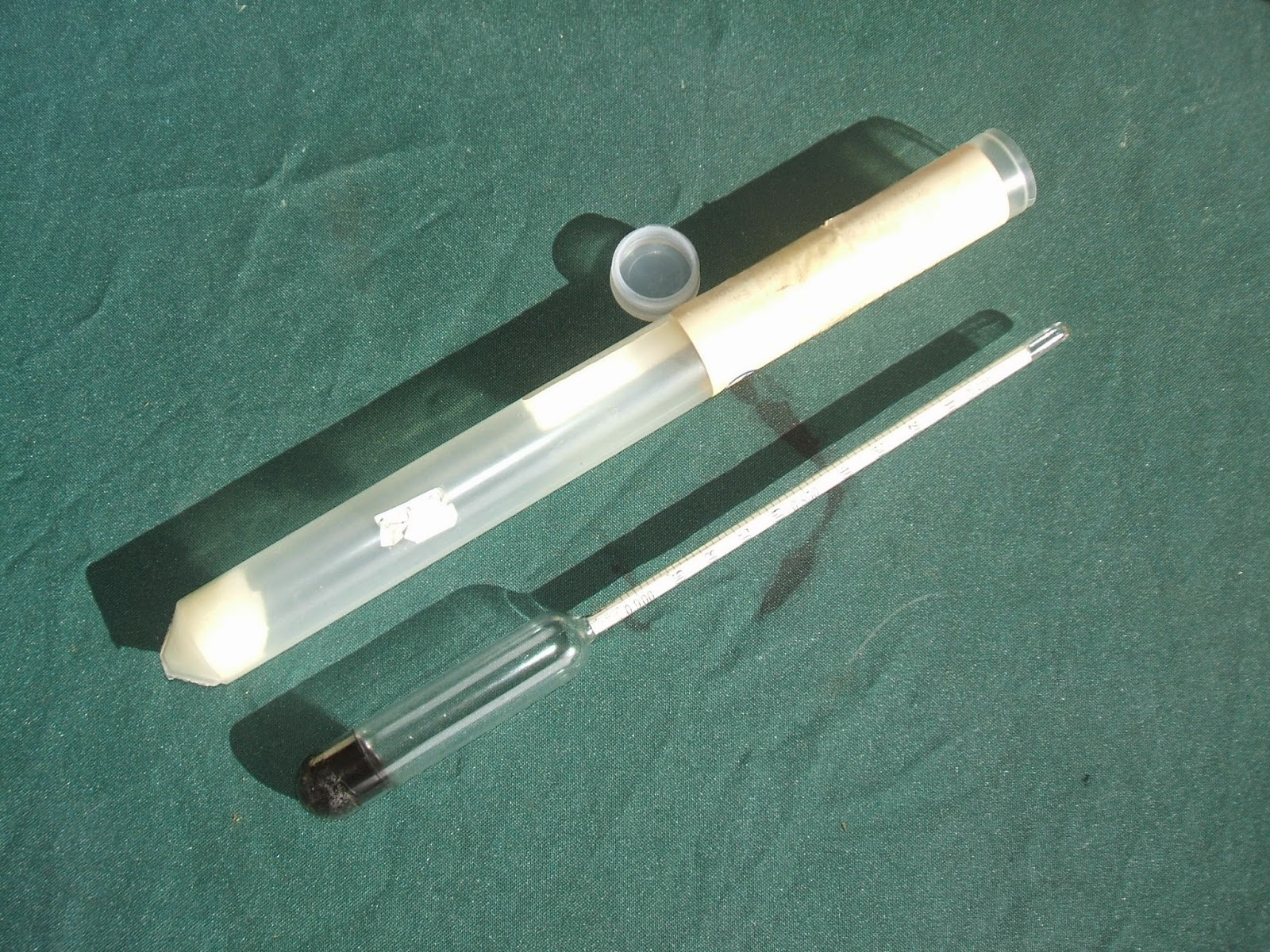 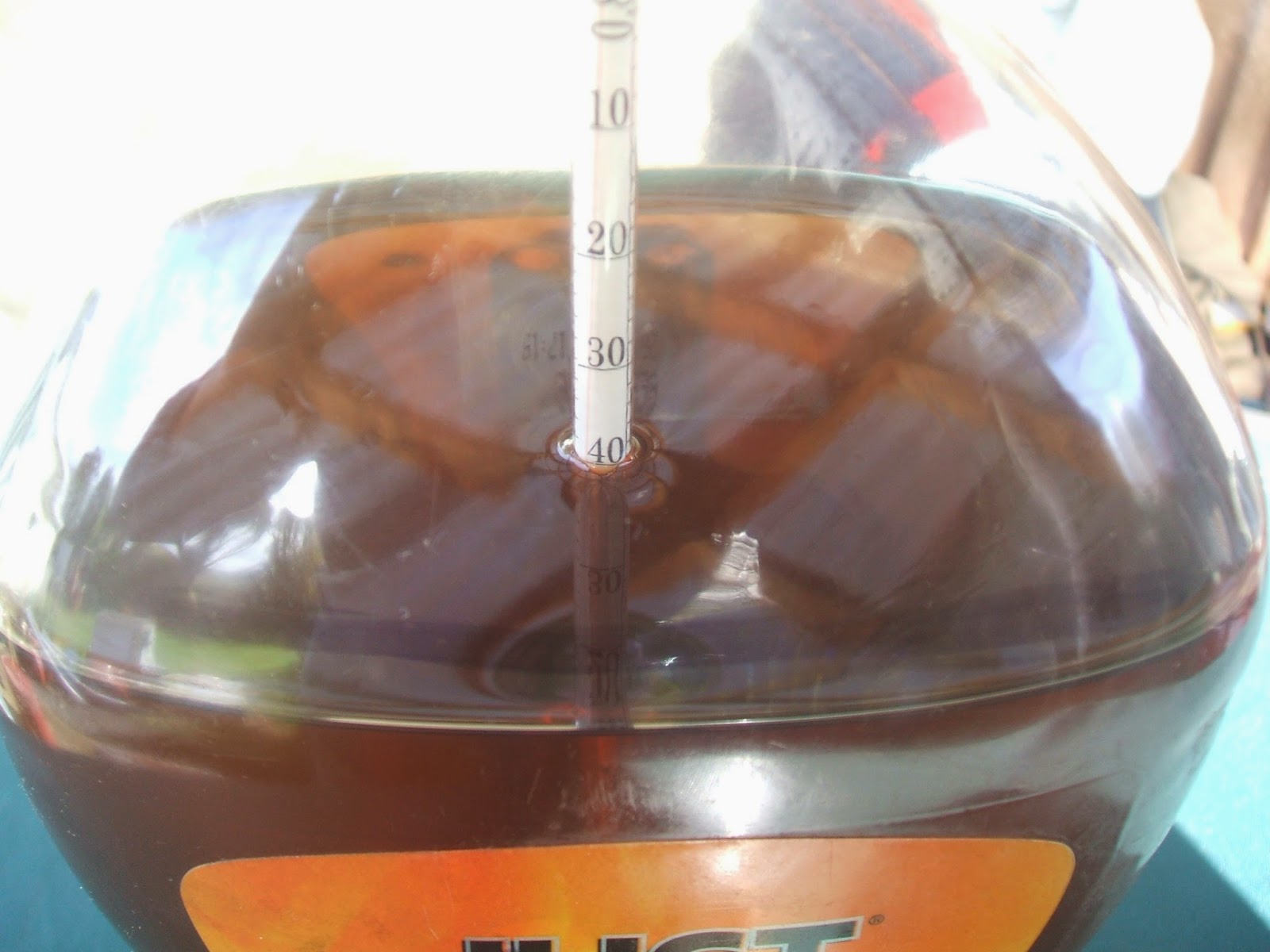 Pic shows an old 2.4L fruit juice bottle as the vessel holding the diesel. These are transparent enough to be able to read from the hydrometer scale. In this instance the reading is .840 SG.
27April2014 Zeolite is a porous aluminosilicate mineral and is used in agriculture, as cat litter, a filtering medium, BBQ fat absorber, a catalyst and an adsorbent amongst other things. I conducted a simple experiment to test the filtering or adsorbent effectiveness on a dark diesel sample. This sample was extracted from a batch of diesel cracked from waste mineral oils. It was darker then satisfactory, almost totally opaque. Zeolite was added to the sample (pictured right) and periodically agitated. The comparing sample (left) was drawn from the same stock and left to sit without agitation.
Gradually over four days the zeolite sample lightened progressively. The zeolite itself turned brown in color, apparently stained by the contaminant.
1Jul2014UPDATE: The sample has continued to clean up to a nice clear ruby red color. 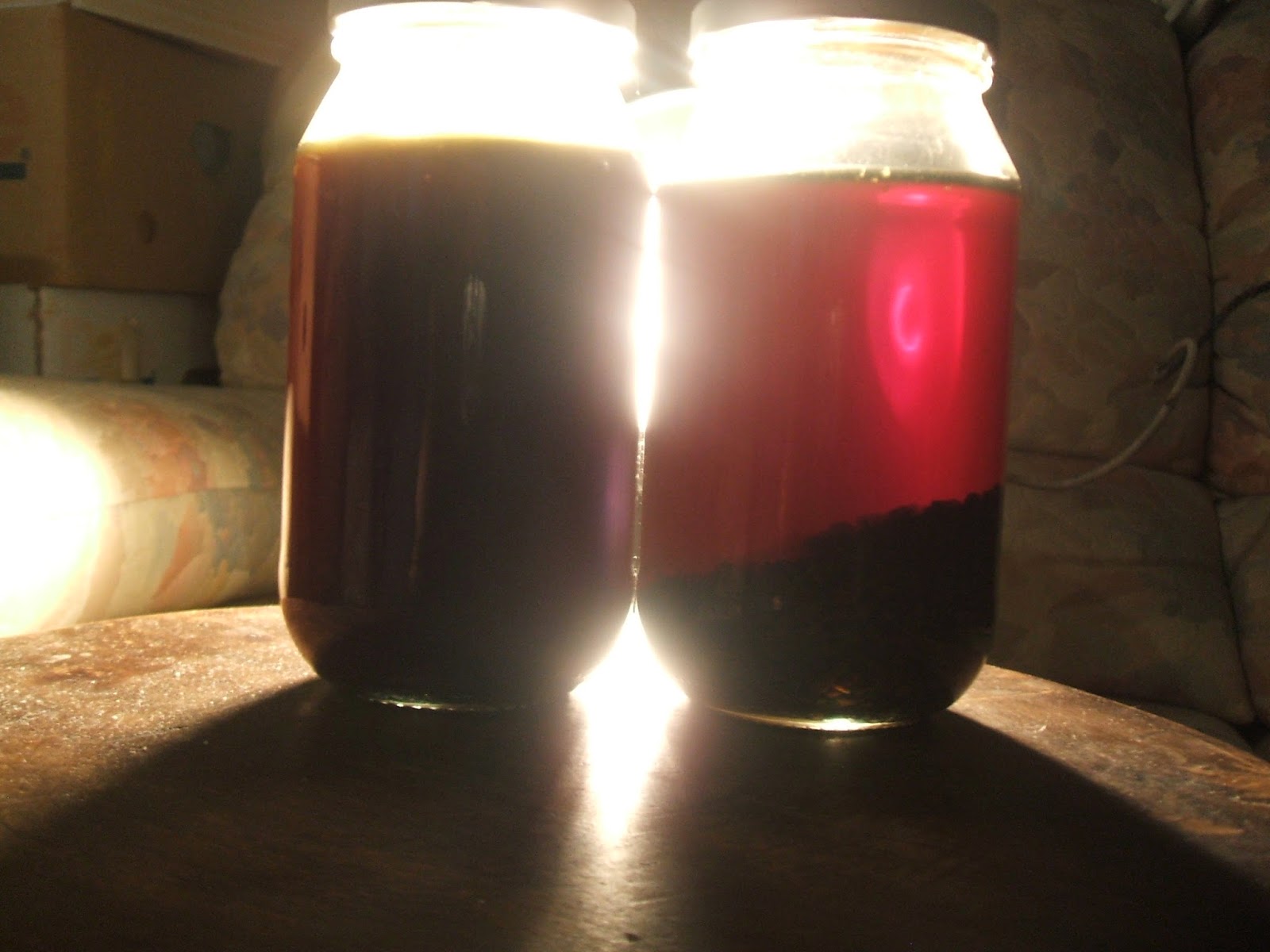 9May2014 One method I use to fit simple thermocouple (TC) probes to vessels, pipes, etc. In this instance I machined the "weld-in-place-adaptor" from solid mild steel bar. Other "screw-in-adaptors" are made from bolts which utilize the thread and are sealed with a copper washer. The section protruding into the chamber is wasted in diameter to the desired wall thickness. At a later stage I want to use ceramic insulators and the key thing with regard to my LCD displays is that the TC must not become grounded. To fit ceramic insulators, the junction may have to be cut and remade. This weld junction has been done here using a TIG welder with ease. 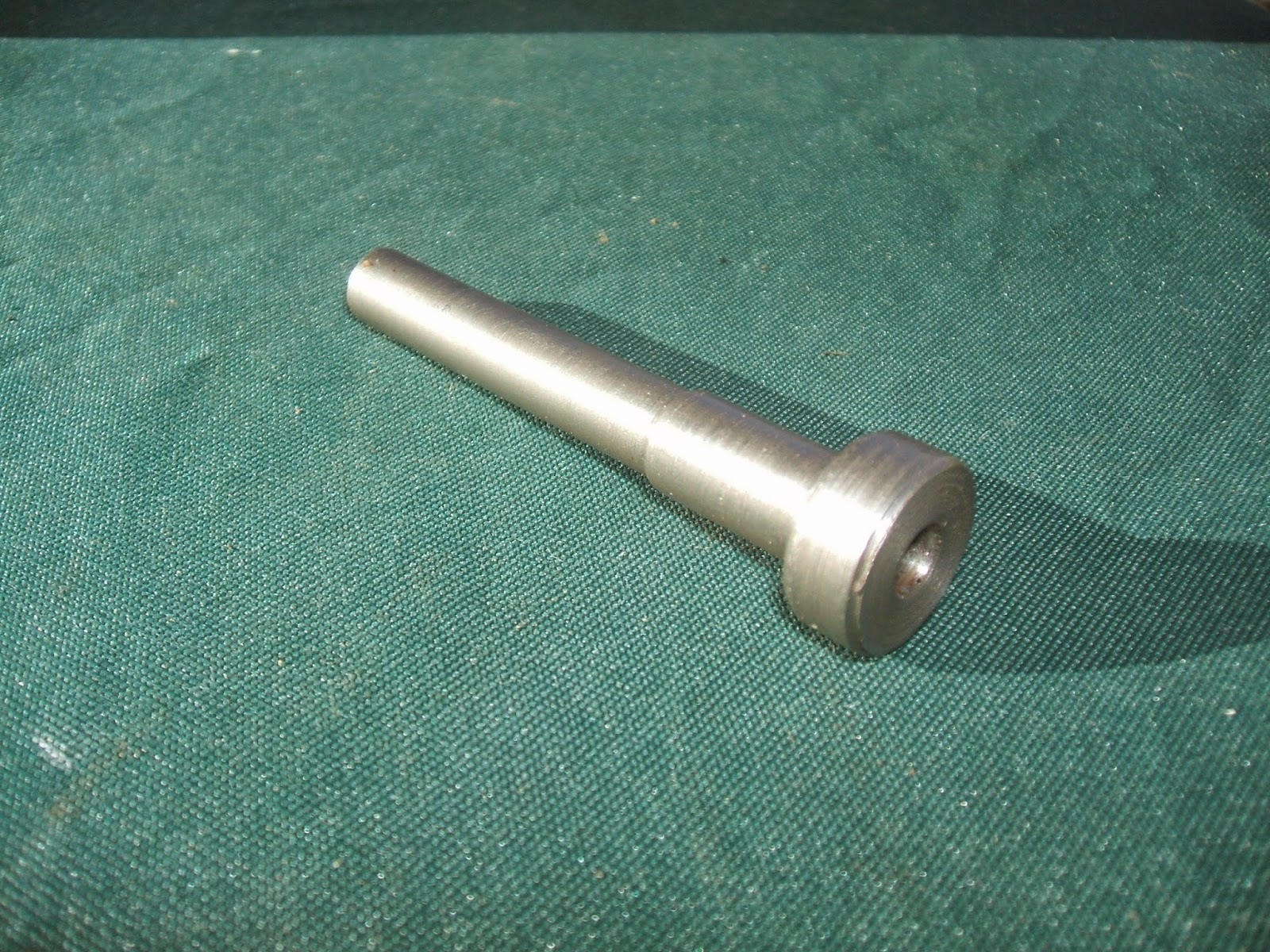 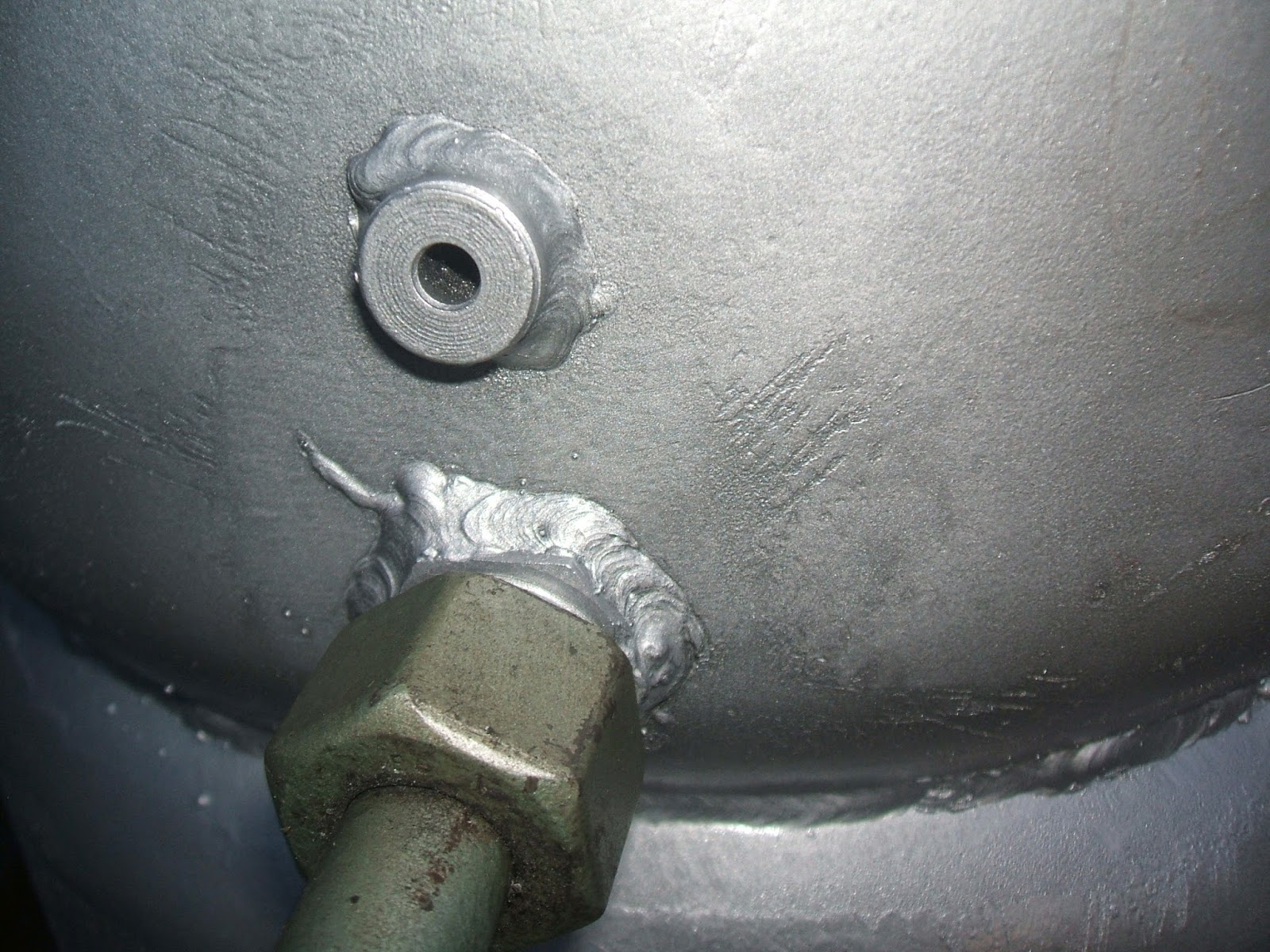 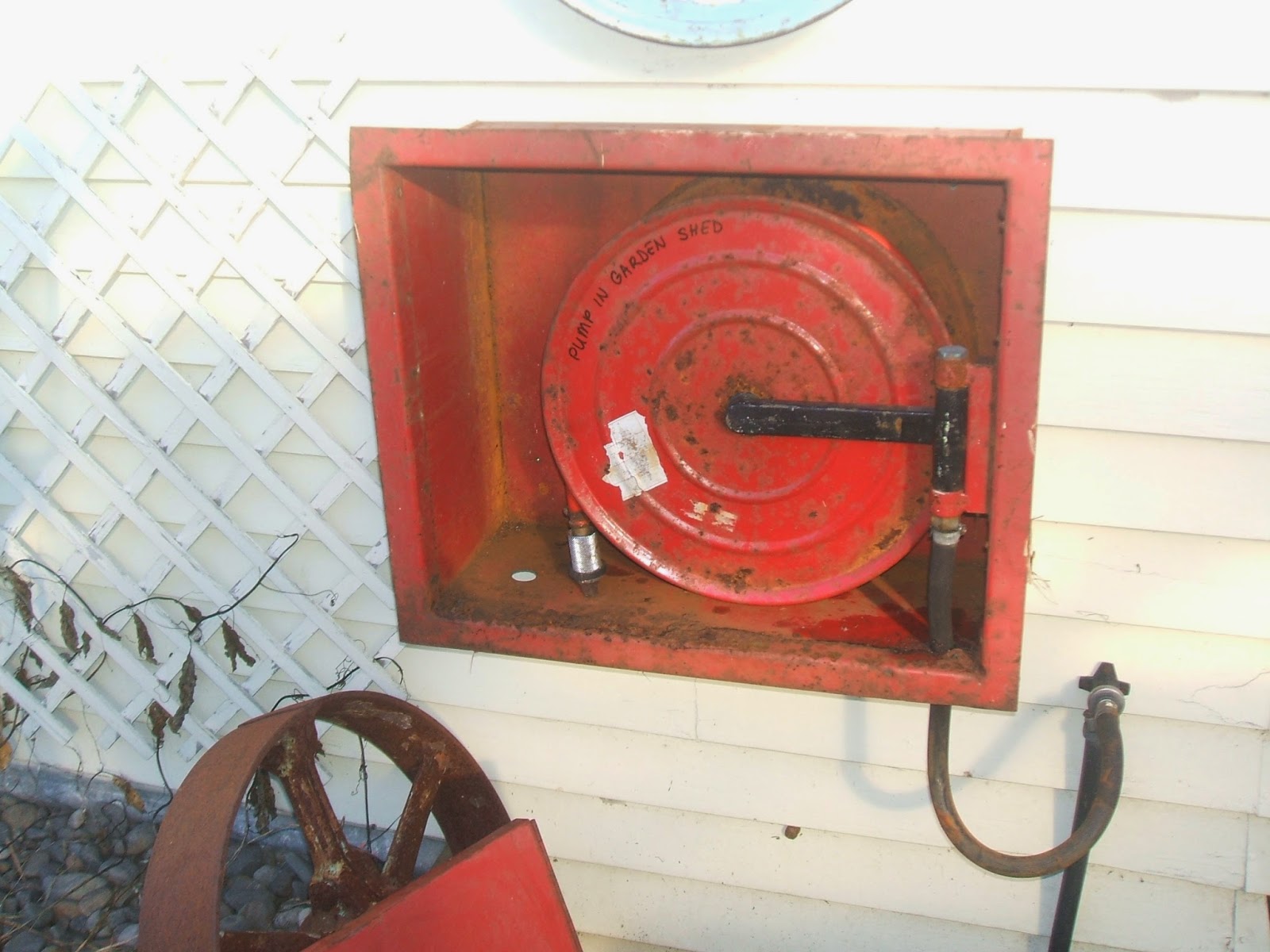 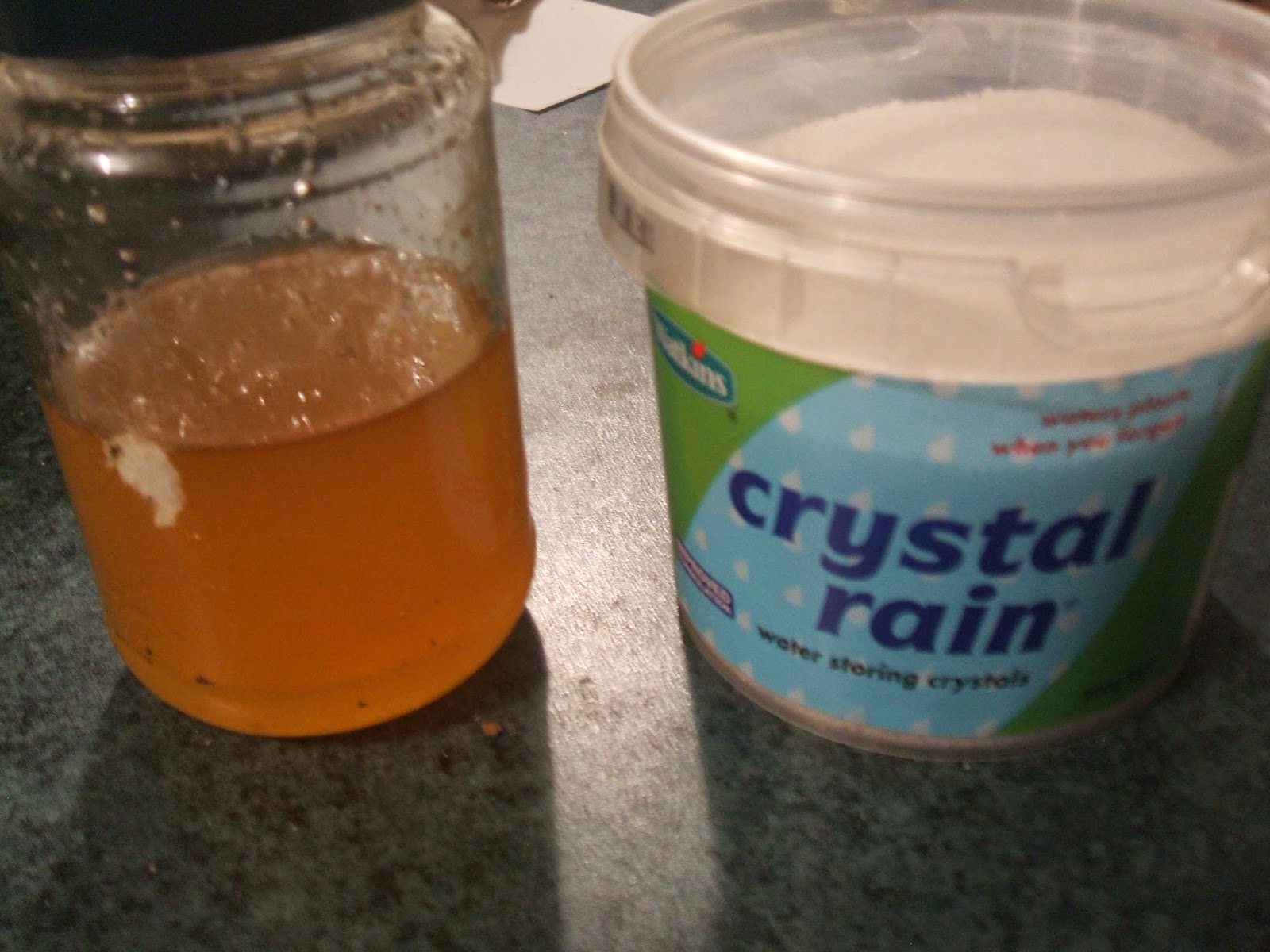 Sodium polyacrylate, also known as waterlock, is a sodium salt of polyacrylic acid with the chemical formula [-CH2-CH(COONa)-]n and broad application in consumer products. It has the ability to absorb as much as 200 to 300 times its mass in water. The product Crystal Rain pictured above was purchased from a garden supply warehouse. It is for pot plants to hold water as a "slow release" to the plant. It proved effective in trials with water in vegetable oil, absorbing the water. 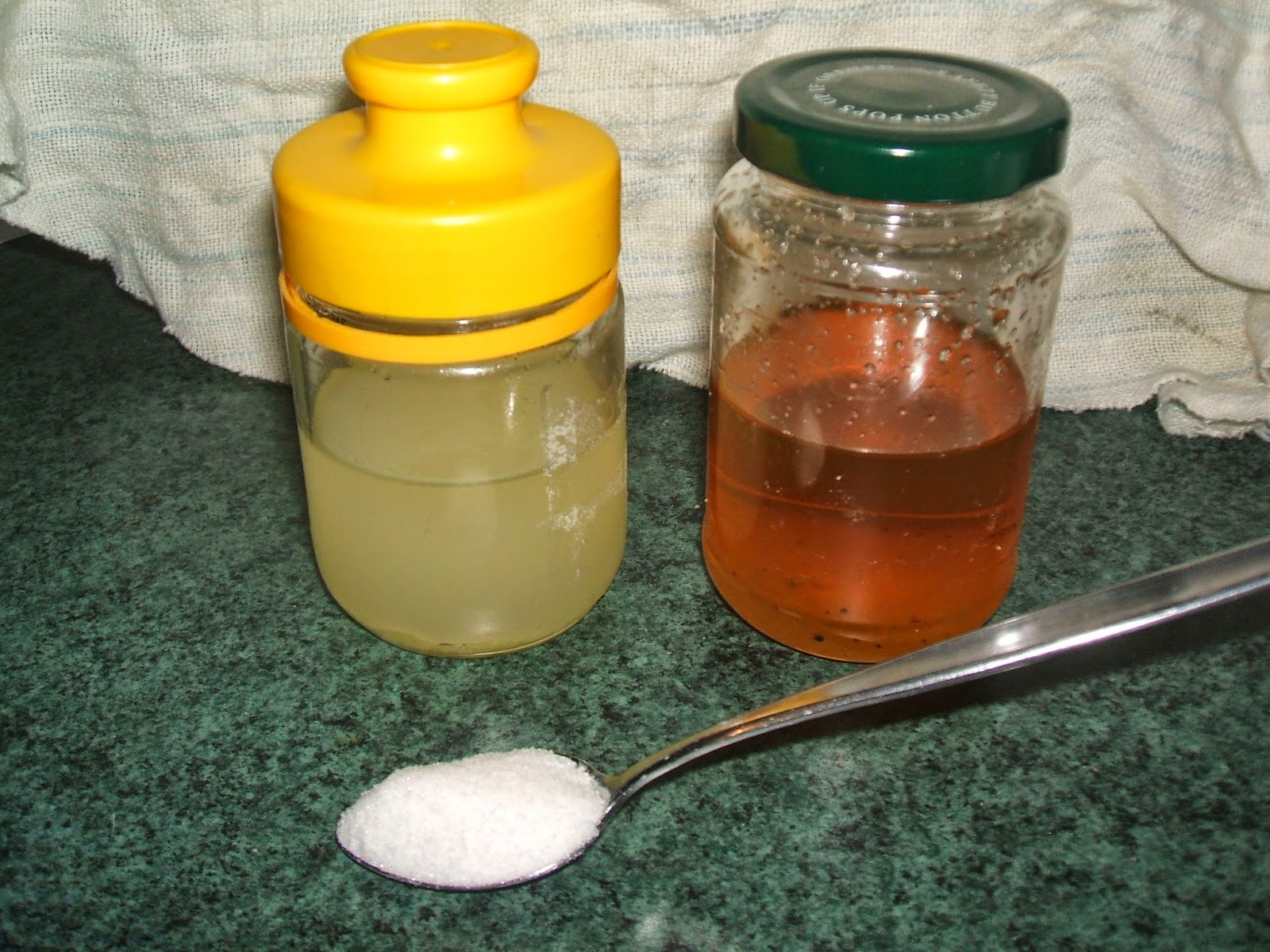 Sample of the Sodium Polyacrylate powder along with the sample bottles of oil. The one on the left is emulsified vege oil and water. 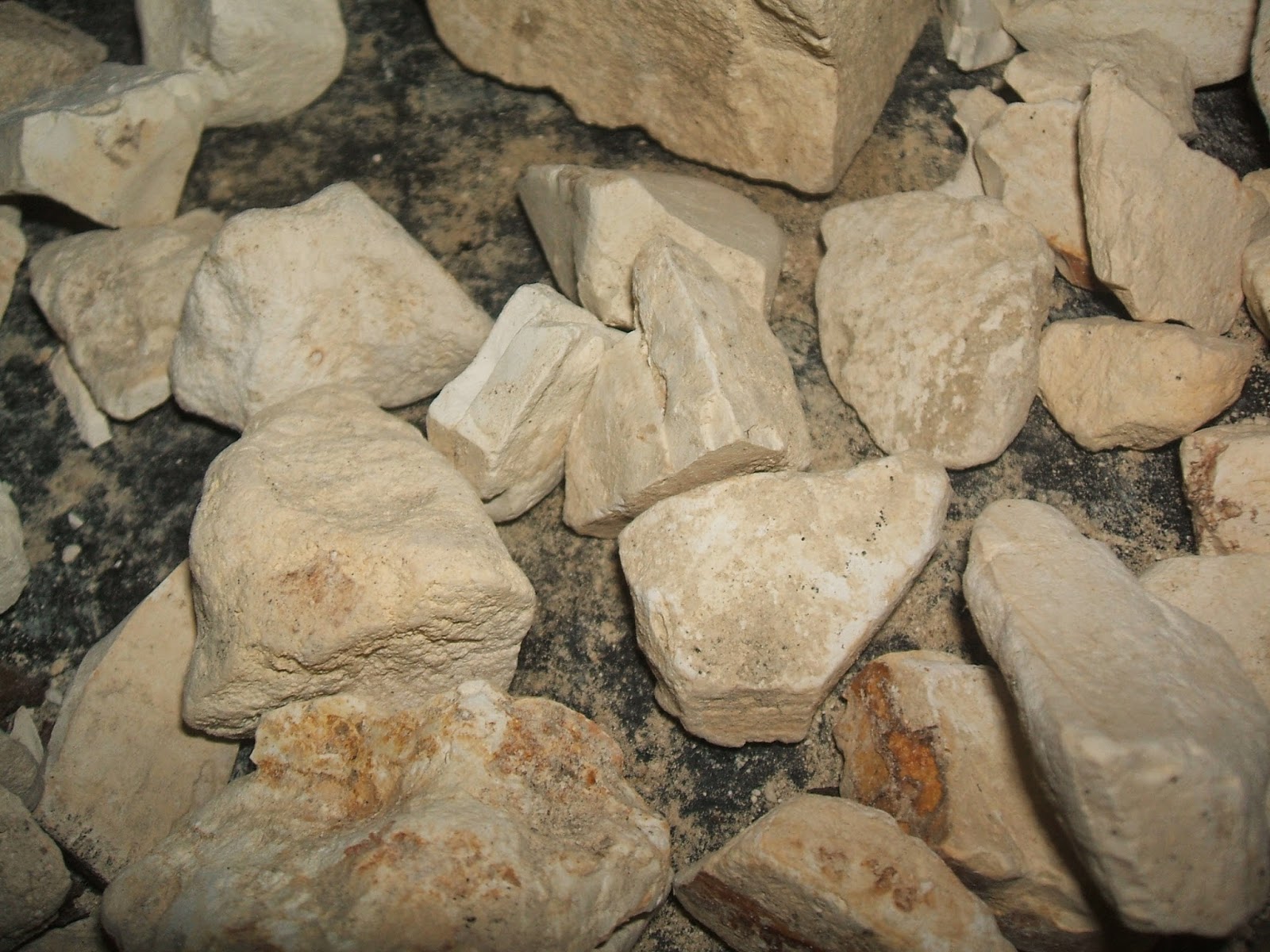 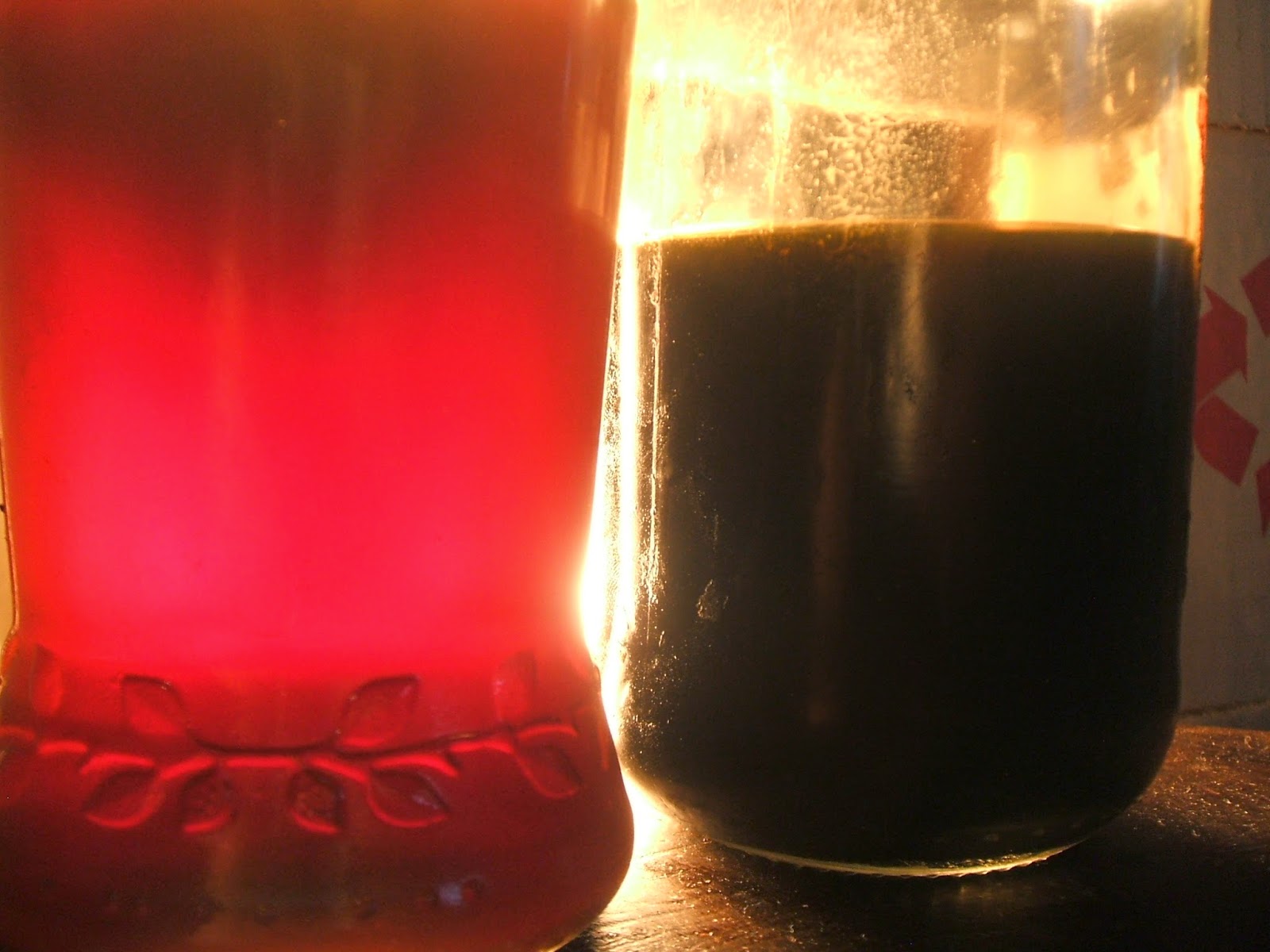 4July2014 I burned the zeolite with a propane torch to see if it could be recycled.
Zeolite removed from the experiment and still wet with diesel. Before burning... 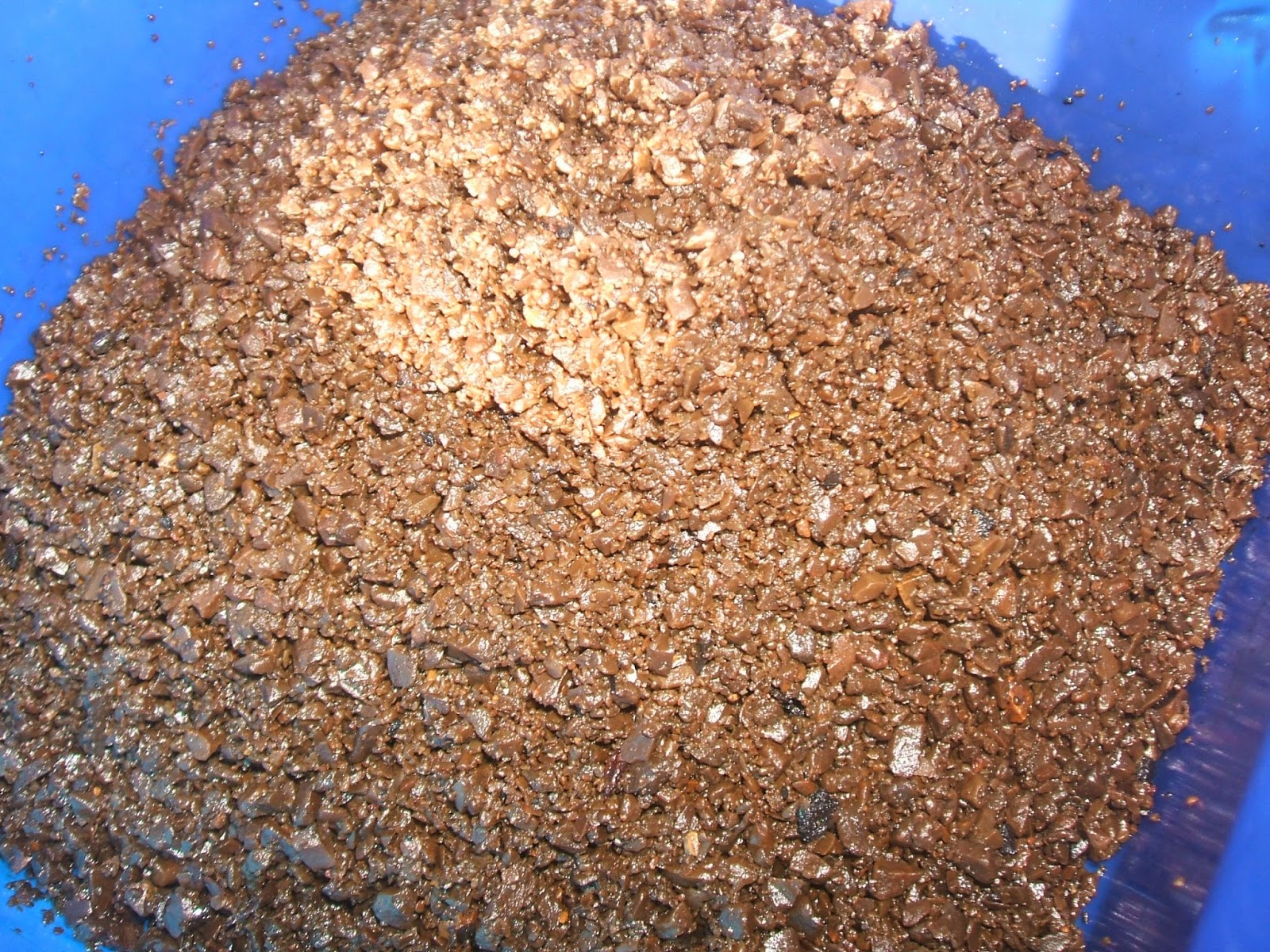 After burning. It looks a bit sooty so maybe oxygen needs adding to the burn process. 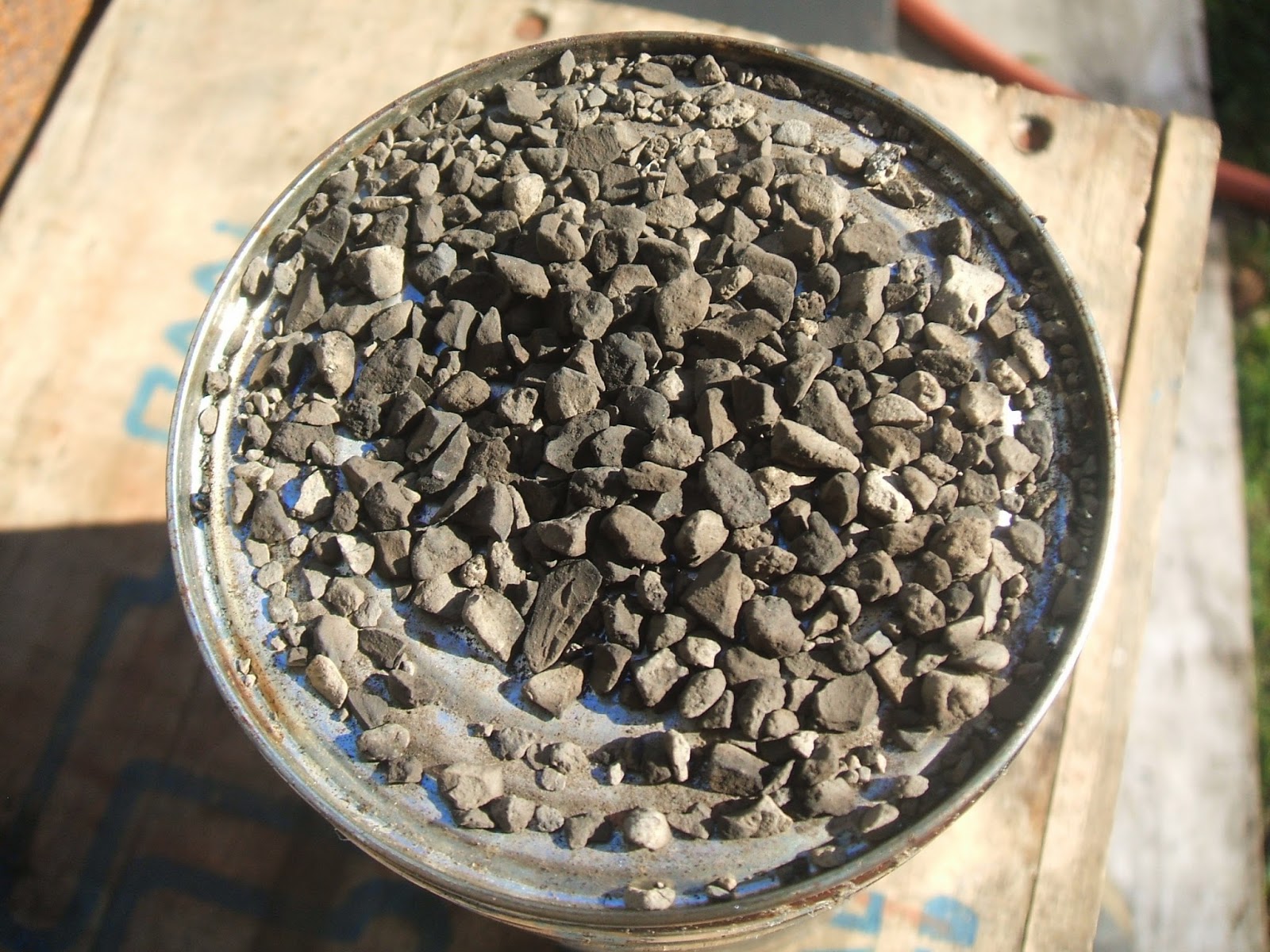 I've been studying and experimenting regarding suitable additives for DIY diesel. Bought diesel has premixed a variety of additives for various functions like centane improvers and deposit control detergents.
Deposit control detergents
Since suffering gum deposits in my diesel fuel, I realized I needed to find an affordable remedy. Alcohols feature on some diesel MSDS so ethanol is currently on trial and results are quite encouraging. In addition alcohol will solubilize small amounts of condensation/water.
Ethyl Hexanol or Ethoxylated Alcohol might have been the prefect choice but ease of availability and cost encouraged me to try Gull Force E10. This has 10% ethanol and is very affordably priced. Once the stock of that is finished I'm going to get Gull Force Pro E85 which has 85% alcohol.
Dose rates (of alcohol) per 60L tank is 100ml, just under 0.2%.
Cetane improvers
2-Ethylhexyl nitrate is a common cetane improver though I've not been able to find any at a good price. The tiny bottles of injector cleaner/cetane boost are silly money so I'll wait it out and try and source some at a reasonable rate.

Thermocouple fitted into "two-core ceramic insulation". This option was chosen because the fiberglass insulation deteriorates at the temperatures encountered in the hot zones. I fused the junction of the two strands with a TIG welder. It was quite easy. After assembling and twisting the two strands together, I struck an arc on scrap steel then run it near the twisted ends which fused nicely. This particular TC will be used on the reflux tower. Ceramic two core was purchased from Ebay seller "sellerbible", Hong Kong 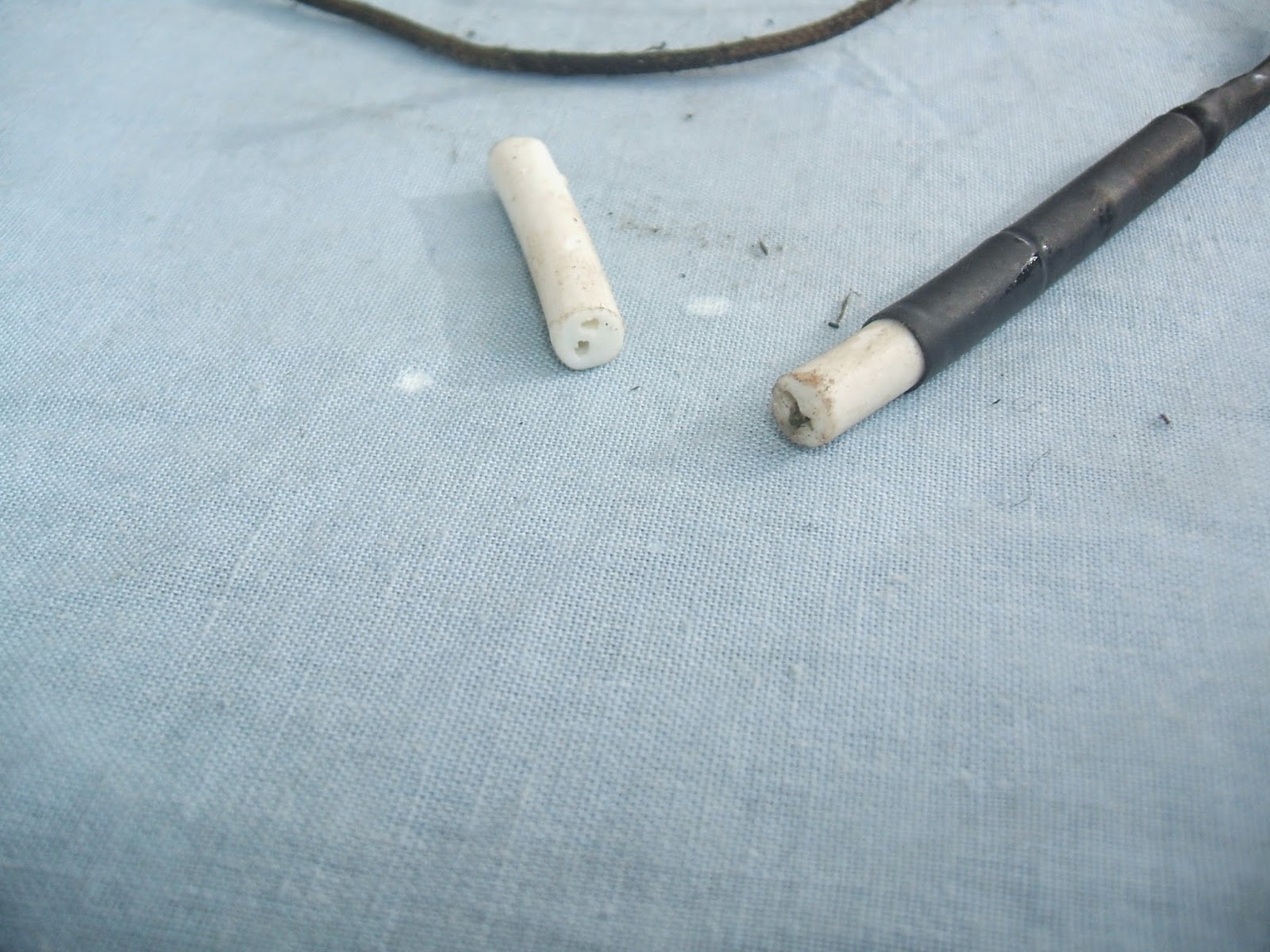 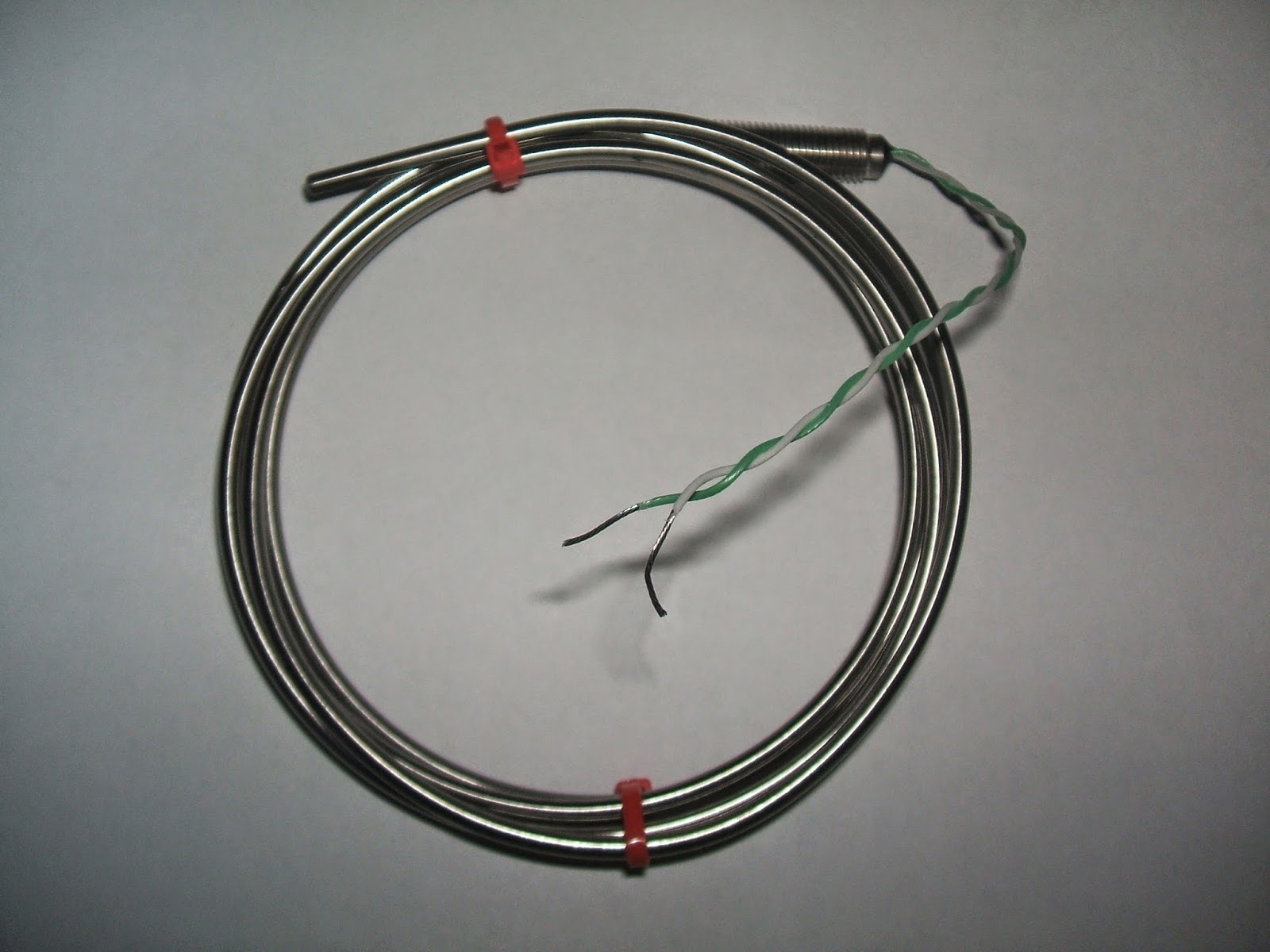 Solenoid 230v 28w 32m stroke 5kg pull should be more than enough power for the task of opening the fuel rack on the injector pump. 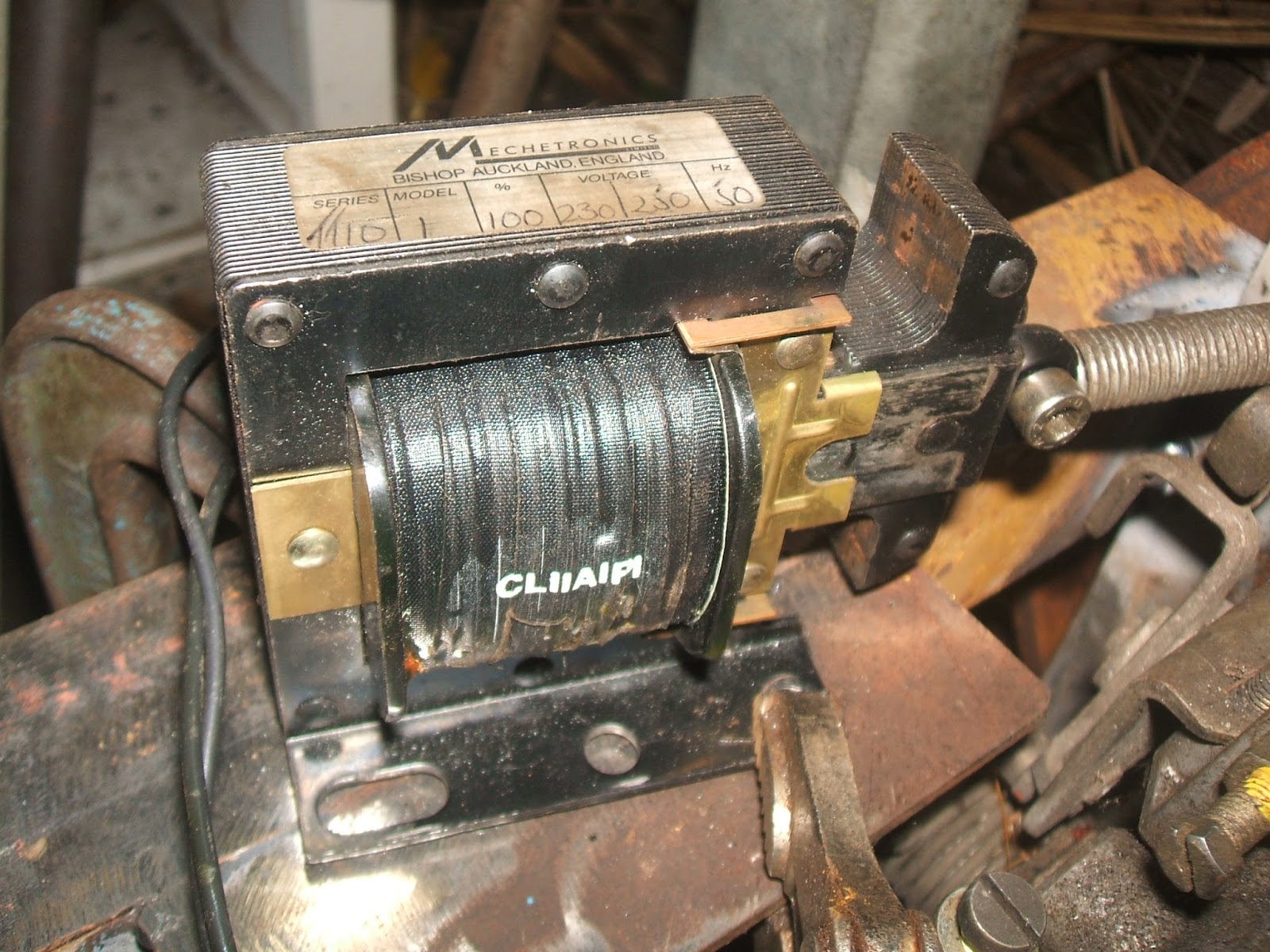 22Jul2014 Sestos temperature controller arrived today from China via Ebay seller "mixtea". It came with a grounded thermocouple which I'll kept for use elsewhere. 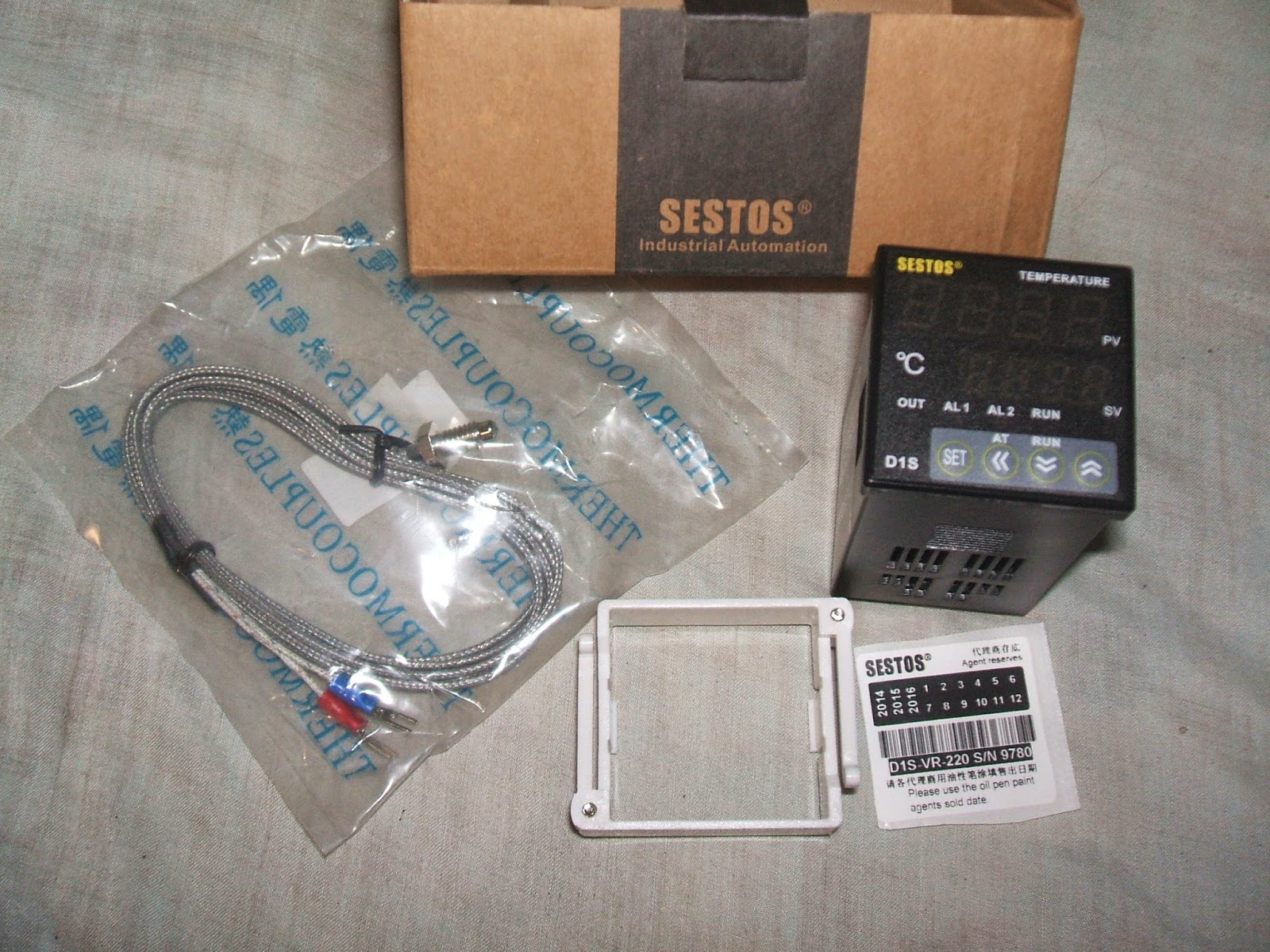 Orion LCD instrument display. These upper ones are 12v and read from non-grounded K-type thermocouples. The 'Retort' LCD is the 230v temperature controller which switches the fuel throttle solenoid. 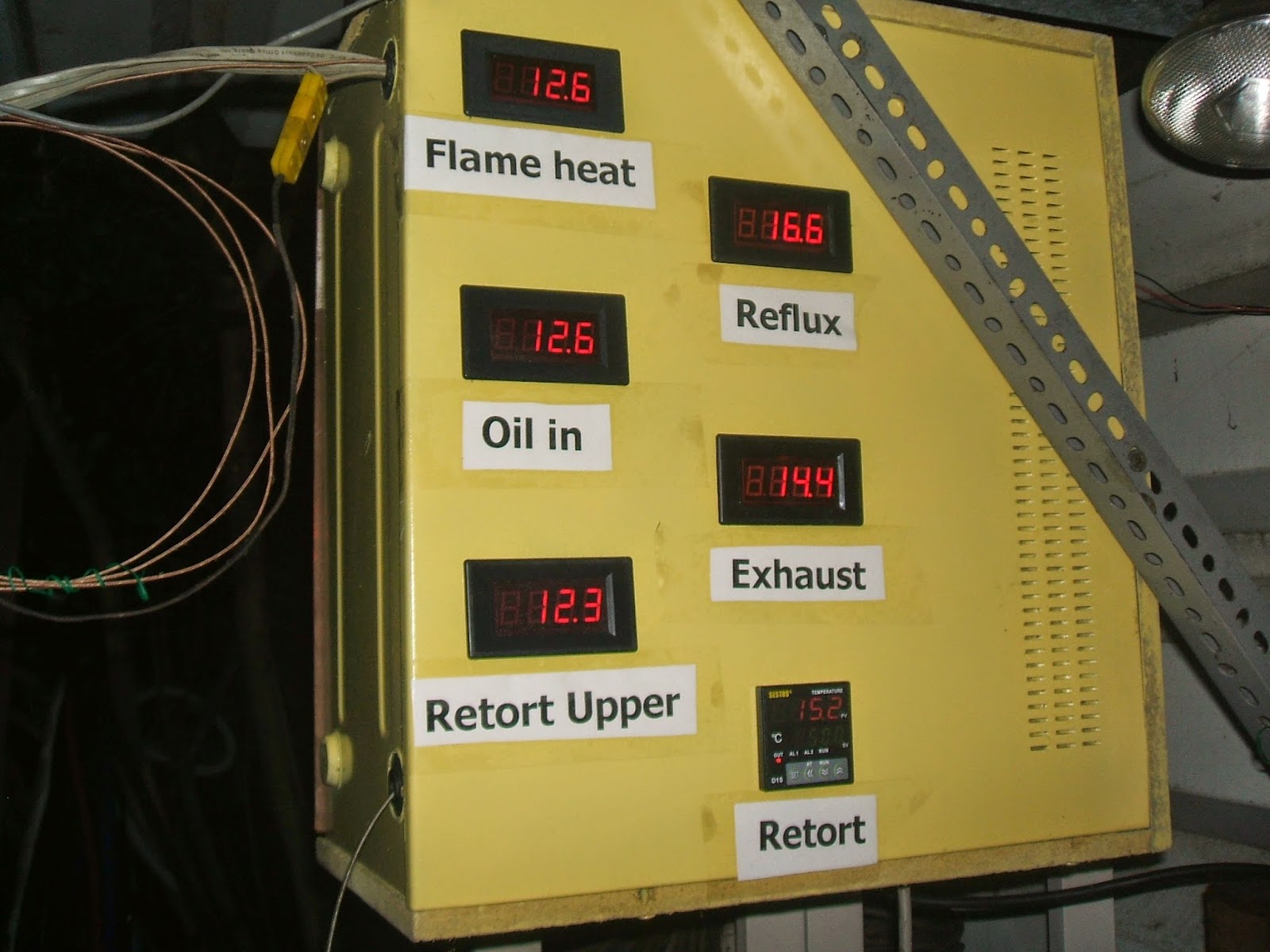 K-type TC sheath. This end screws into the retort top flange. The 16mm pipe is there to support the inner 8mm tube. Inside the 8mm tube is the TC. It slides into place. 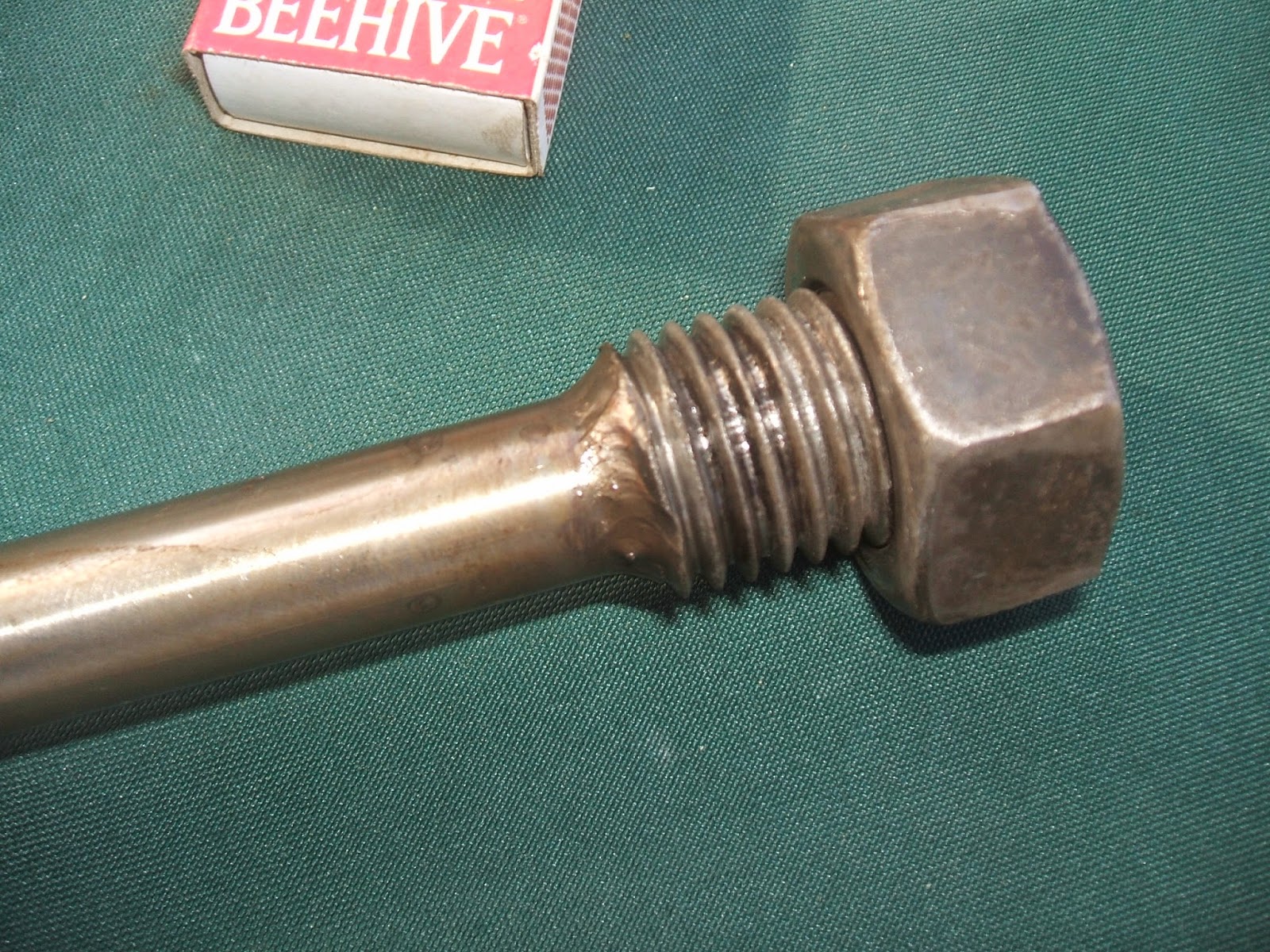 This is the lower end of the TC probe. 1150mm long 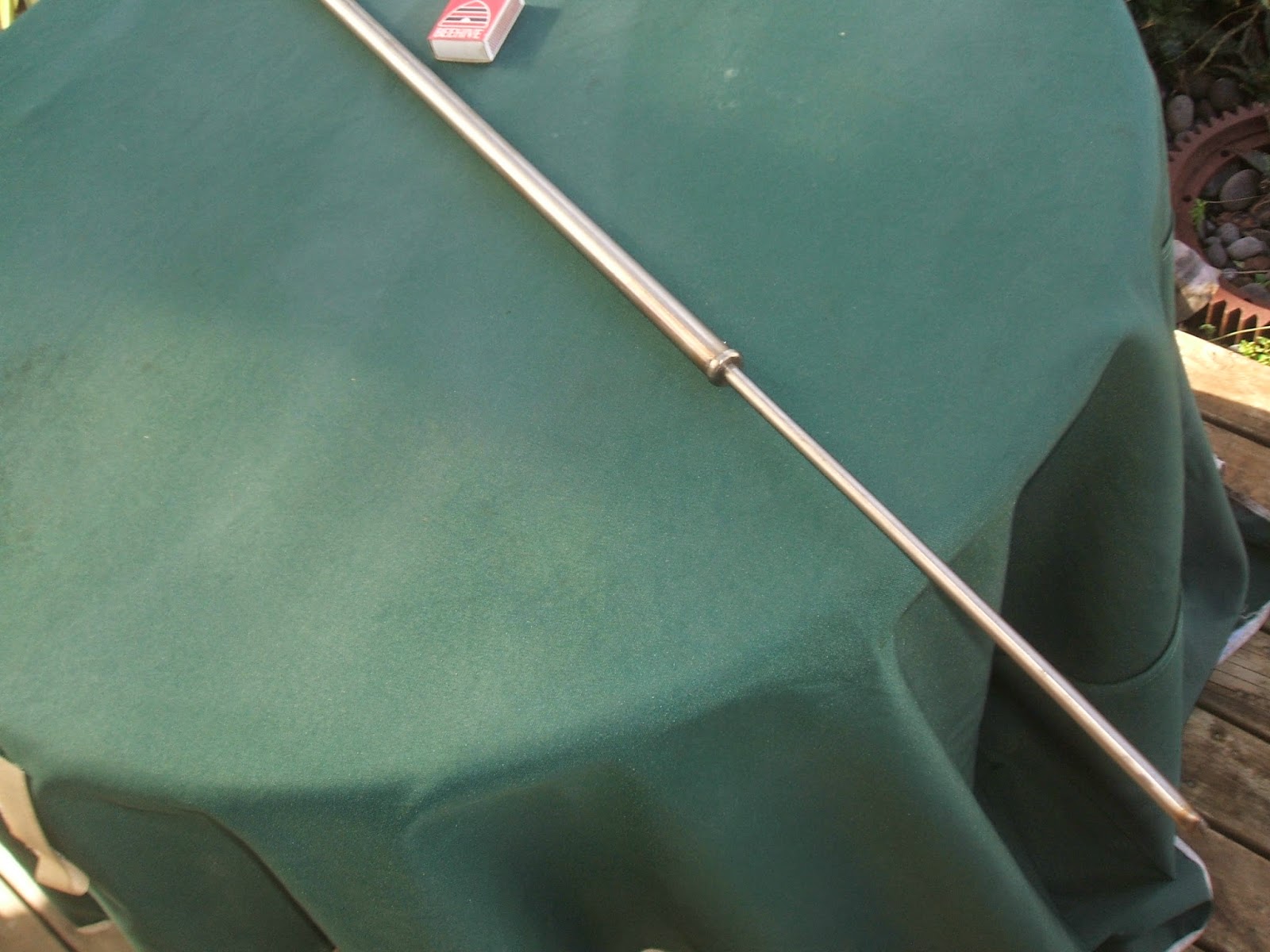 24June2015
I found these very affordable offerings from sellers on Aliexpress...
http://www.aliexpress.com/item/4pcs-lot-0-8-0-9kg-m3-diesel-density-meter-fluid-density-meter-glass-hydrometers/2013534505.html
http://www.aliexpress.com/item/1000ml-Measuring-Cylinder-Straight-type-Laboratory-Test-Graduated-Cylinder-SWE/1977732756.html
4 x hydrometer of your choice for US $14.99 with free shipping! that's just $3.75 each !!
1 x Graduated cylinder for US $5.67 with free shipping!
I have just completed two transactions from Aliexpress with good results and am part way through completing a 3rd (for the graduated cylinder).
For prices like these would any DIY diesel maker be without one??