265 liters was the yield from 13.5 hours of continuous run time for the Orion retort refinery. On a 8°C early morning the heat was started at 7am and concluding after dark at 8:30pm

A 574 liter diesel receiver reservoir was prepared and fitted. Freshly painted in green it was fitted with insulation with the holding temperature aimed at 80 - 100°C. The target was slightly short with max temperature eclipsing only 70°C.

The gasjar overflowed several times so this will be one planned upgrade. It needs enlarging and the contents needs to be "visible-at-a-glance". In addition I want to move it outside and away from the retort shelter.

It is becoming more obvious why the retort will only make 20 liters per hour as a maximum ceiling rate. The ingoing feedstock cools the retort too much resulting in down time when production slows to a trickle.

The newest device, a retort level indicator hasn't worked as well as hoped, so a rethink of its' capability is underway. Knowing where the level is critical for efficient running as too low makes for slow production while too high invites boil-over. (See retort page for details.)

Hydraulic lines replaced old oil feed and heat exchanger hoses. These worked well. A plugged strainer slowed production for a short time till the fault was located. A larger replacement is planned.

The diesels' specific gravity of .848 SG was in line with the target. Picture is of the diesel with the hydrometer floating in a recycled fruit juice container. The diesel is quite dark in color though if occasional boil-over events can be eliminated, this would be beneficial. Other batches have had similar color though perform well after filtering. 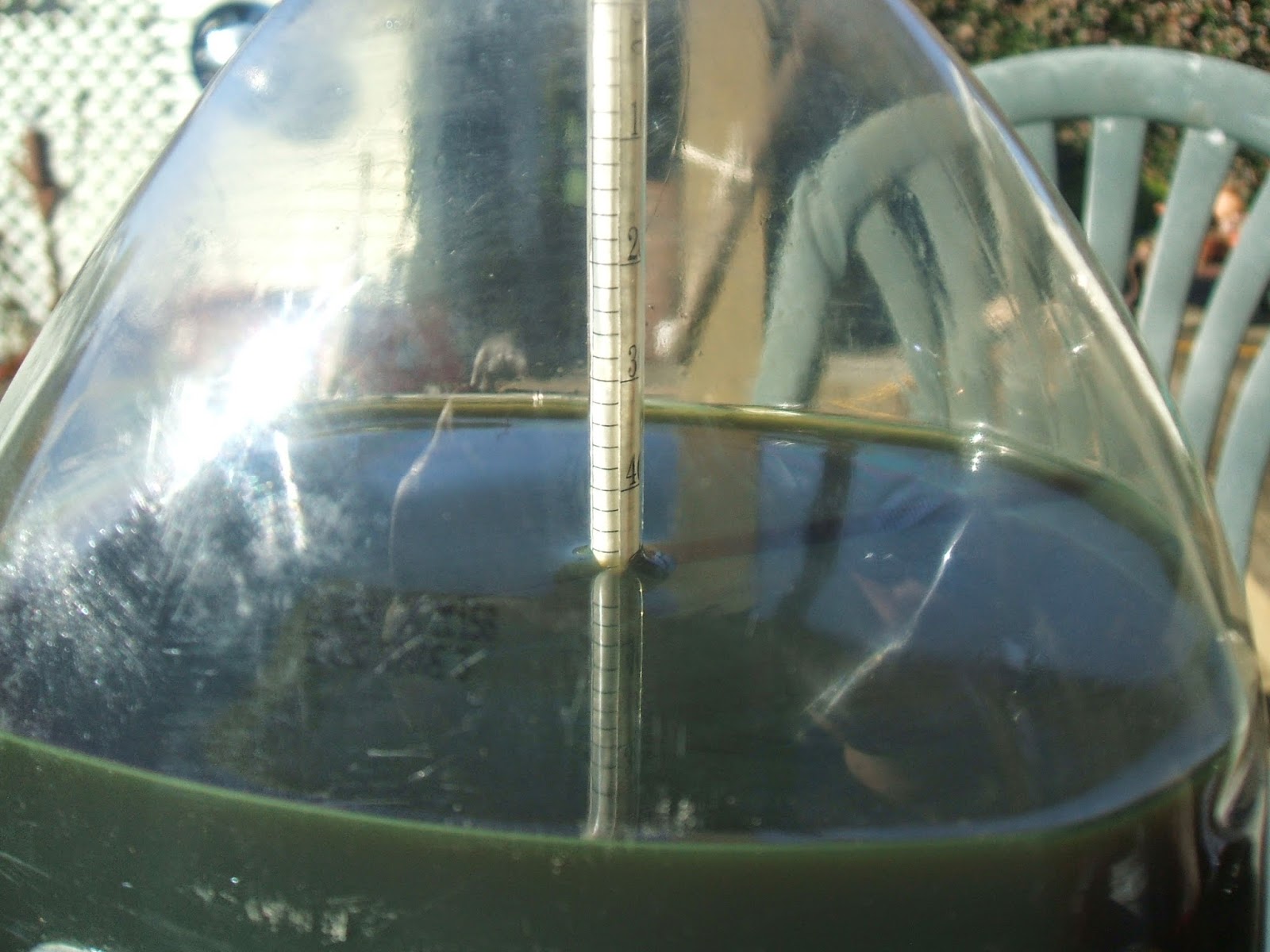 Planned upgrades next are revised and enlarged gasjar, burner door seal, anti-boil-over device, additional instrumentation and improved preheating of feedstock.
The next run will be in relatively quick succession as extra fuel is required for the new diesel settling upflow tanks. This setup needs diesel to be left for a month+ to release sub micron particles by gravity.
Posted by Excalibur at 11:00 PM