Readying for the next run with modifications

Retort clean out after about 24hr+ of use. I was surprised at how little build there was and that there was no feedstock left. I'd snipped the run early, while still making fuel so I think the evaporation continued for some time. 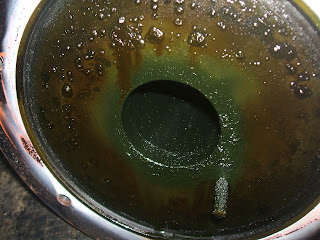 This is the lid which was wet with soft blobs and a strange greenish tinge to the port that leads to the reflux chamber  . There was no apparent leakage at taper seal. The stork at lower right is the thermocouple adapter. 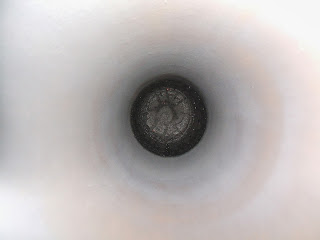 This pic shows the retort bottom looking down from the top flange, 1.5m away. The carbon had formed a crust at the bottom in a layer which was crazy cracked and about 20mm+ thick. The wall was fairly clean. 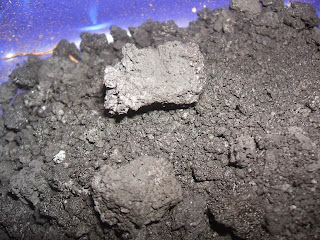 Close-up of the carbon after breaking up and removing. It was dry and biscuit like. 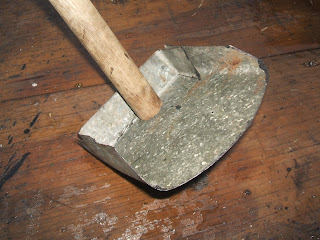 The scoop I made to clean the carbon from 1.5m below. A slightly more robust version of this will be made for next time. 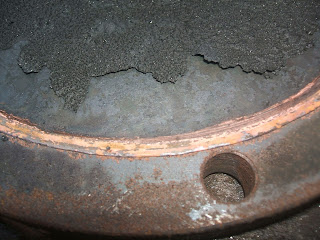 The lid of the reflux chamber with copper gasket as removed. The seal was good and the carbon thin and flaky. 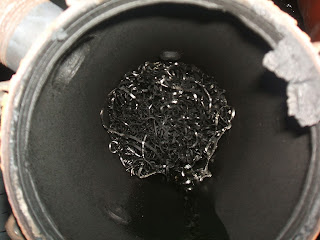 This pic looks at the reflux chamber from above. I had swarf and a perforated grate, I'll be leaving these out for next assembly. Note the flakes of carbon still attached to the rim at the 2 o'clock position.
26Jan2014 Update: Leaving out the swarf packing didn't see any benefit so I'm refitting as of next run. 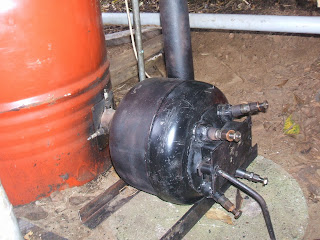 This is the latest iteration of my turk which uses preheated air. It is fed by a VE rotary injector pump and 240v motor. More info: Turk burner head page.